Texas Faith: Obama sparked a conversation about communitarianism v. individualism: Where do you fall? 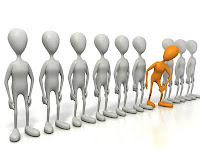 The divide between individualism and communitarianism flashed to the surface last week during the presidential campaign. It came about after President Obama rather famously told a Virginia audience. ”If you were successful, somebody along the line gave you some help. There was a great teacher somewhere in your life. Somebody helped to create this unbelievable American system that we have that allowed you to thrive. Somebody invested in roads and bridges. If you’ve got a business. you didn’t build that. Somebody else made that happen. The Internet didn’t get invented on its own. Government research created the Internet so that all the companies could make money off the Internet.”

This may sound like an esoteric question, but it really gets at the heart of the discussion now going on within the presidential campaign. Communitarianism or individualism? Where do you fall?

Texas Faith is a weekly column at Dallas Morning News managed by Editors William McKenzie and Wayne Slater, the material is contributed by several panelists, for all responses please visit http://religionblog.dallasnews.com/2012/07/texas-faith-communitarianism-or-individualism-where-do-you-fall.html/

From the moment one is born to the moment life ends, a normal human being cannot survive without nurturing. He cannot birth himself or bury himself. There is always another human to be a part of the support system from birth to death.

We are indeed an individual strand in the web of the community. Whatever affects the web affect us (Chief Seattle), and vice versa. Global warming, mad cow disease and other issues are communitarian in nature, but driven by individuals in both directions.

Everyone’s psyche or conscience is a product of one’s environment, and our morality is a necessity of co-existence.

Strict individualism works well, as long as one is capable of taking care of one’s self. However, no individual is free from vulnerability of accidents, diseases, wars and old age. We are dependent on others to produce or consume.

Religions have contributed greatly towards building the communitarian life where the invincible (lol) and vulnerable both can live his or her life to the fullest extent possible.

Indeed morality is the insurance for the safety of individuals in a community.

Where do I fall?

There is a balance to be maintained in life. Justice is the core value and basis for the success of any given society, without which no society can maintain its social, moral and economic equilibrium.

One can get away with murder or taking advantage of others. But that creates an imbalance and rots the society with insecurity. It also puts the responsibility back on individuals to restore that elusive and dynamic balance.

Individualism and communitarianism can be best understood by looking at the extreme ideologies: responsible capitalism and communism. Individuals have the burning desire to excel and to do well, and capitalism becomes a catalyst for the prosperity of individuals that directly benefits the society, through incentives to the individuals, where as communism restricts growth through forced equality. As capitalists we need to think about our own safety in the long haul caused by inequalities.

If freedom and justice are the core values of a given society, we need not worry about communitarianism or individualism. Both complement each other.
_ _ _

Please mark your calendar for Tuesday 9/11/2012, it's a big event in Dallas- details at www.UnitydayUSA.com

No American has to live in apprehension or fear of the other. There are solutions, here is a trailer of the movie in making: http://www.youtube.com/watch?v=YMXsTo4VYh8&feature=youtu.be

Mike Ghouse is committed to building a Cohesive America and offers pluralistic solutions on issues of the day. He is a professional speaker, thinker and a writer on pluralism, politics, civic affairs, Islam, India, Israel, peace and justice. Mike is a frequent guest on Sean Hannity show on Fox TV, and a commentator on national radio networks, he contributes weekly to the Texas Faith Column at Dallas Morning News and regularly at Huffington post, and several other periodicals across the world. The blog www.TheGhousediary.comis updated daily.
Posted by Mike Ghouse at 3:13 PM 2 comments:

Texas Faith - God and religion have gone missing in the presidential race?

Is our electoral process better off without the polarizing issues of faith-based politics at center stage? Or does the absence of explicit moral and religious expression impoverish our political debate? Our Texas Faith panel weighs in:

Texas Faith is a weekly column at Dallas Morning News managed by Editors William McKenzie and Wayne Slater, the material is contributed by several panelists including Mike Ghouse, for all responses visit http://religionblog.dallasnews.com/2012/07/texas-faith-is-it-good-or-bad-that-god-and-religion-have-gone-missing-in-the-presidential-race.html/

MIKE GHOUSE, President, Foundation for Pluralism, Dallas
Absence of faith will not impoverish political debate; in fact, it will enrich it with a focus on the most important economic need of the day: jobs.

Congress, Senate or the President is not in the business of establishing or supporting a religion; their responsibility is to be a catalyst and serve Americans in the pursuit of their happiness and economic freedom.

Faith should not be a factor in this election, as both parties stand to lose; the Democrats worry about the Catholic vote and the GOP stands to lose if they make an issue out of Romney’s faith, it would mean back peddling.

Social issues will be played out by the Democrats; the anti-GLBT-abortion-immigration stance of GOP will be a fodder to the Democrats. The CBS poll in May discovered that 62% of Americans “believe that same-sex unions should be recognized by law.” While we remain divided on abortion, Romney cannot afford to flip flop on immigration.

GOP may not even succeed in carving up an enemy out of Sharia. First of all, American Muslims are not asking for it, and secondly it will not pass the House and Senate, let alone the president signing it. Democrats will hit them hard for squandering public time on a non-existent issue.

GOP’s chorus about repealing Obama care on the first day in office will fall flat on its face, unless both the houses and the Presidency is Republican. The Republicans would risk losing votes of the young people benefiting from insurance coverage of their parents.

As a disclosure, I am Moderate Republican, and when I posted a note on Facebook and my blog congratulating fellow Americas upon Judge Roberts’s decision, an incredible number of Republican men and women came out of the closet and appreciated the decision. Thus we have Obama Republicans now.

Absence of faith talk will not be missed, our nation is operating on Maslow’s hierarchy theory, and Jobs is our priority, food is more necessary than faith, and abuse of religion for politics may not work this time.

I hope the debates remain focused on economy, and for entertainment they can resort to Presidential dogs, vacations, Kissing Children, pipe line, fund raising and the price of rice in China.

MikeGhouse is committed to building a Cohesive America and offers pluralistic solutions on issues of the day. He is a professional speaker, thinker and a writer on pluralism, politics, civic affairs, Islam, India, Israel, peace and justice. Mike is a frequent guest on Sean Hannity show on Fox TV, and a commentator on national radio networks, he contributes weekly to the Texas Faith Column at Dallas Morning News and regularly at Huffington post, and several other periodicals across the world. The blog www.TheGhousediary.com is updated daily.
Posted by Mike Ghouse at 3:15 PM No comments: